You are here: Home » Blog » Tell Me Something I Don’t Already Know 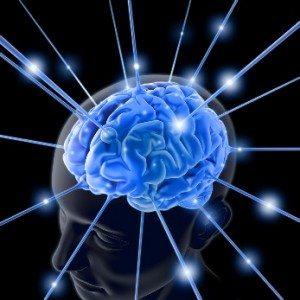 My daily goal is to be as present as possible in every conversation I have as I move through my day. I am also paying attention to the various things happening around me. Something that I hear, see or read just might spark a new idea, a blog post, get me thinking differently or cause me to dig deeper to learn from the experience and underlying meaning. I have this weird thing about three’s. If I see it or hear something three or more times, I really start paying attention.

A few months ago a colleague referred me to a potential new client. She had paved the way for a social selling discussion, because in the course of her conversation with the Sales VP, she knew there was a qualified opportunity. I set the meeting with the Sales VP, we had lunch, discussed his desire to train his sales team to more effectively use social media - LinkedIn, Twitter, etc. - to prospect, generate leads and secure more meetings.

That lunch conversation resulted in me sending over an outline of a potential program for his sales meeting. It all seemed good. After a few failed attempts at following up with him, I began to suspect something was amiss. Finally, I decided to send a note that said, “I have not heard back from you about my suggestions for your sales program, so I assume that you’ve decided to go in a different direction. I’ve cleared the date from my calendar, and I want to thank you for the opportunity to be considered.” A day later, he responds and says, “He had been traveling on business. He thanked me for the information that I had sent to him and went on to say that he liked what I had proposed, but he felt that the price was too high for his smaller team. He told me he would recommend me to his boss for the upcoming national sales event.”

I am fond of saying that it is NEVER about the price! I knew that I had either not communicated a strong enough value message, or I misinterpreted how willing he really was to correct the sales problem he said he wanted to fix. In other words, no matter what he had told me, it seemed clear that the pain wasn’t great enough for him to take action. Given that I believe in the importance of learning from the deals that go south, I called him a few times with the intention of learning what went wrong. He never responded, so I let it go. My colleague, however, did not.

Recently, she had a scheduled lunch with the VP, so during that meeting she asked him what was behind his decision not to hire me. Side note…he didn’t hire anyone else either! At first he went with the line about the price. She pushed back and assured him that my pricing was quite reasonable. Finally, he admitted that the real reason was that he liked everything that I had shared with him and he went on to say, “She didn’t tell me anything that I didn’t already know.” Hum.

A few days later, in a conversation with a the Sales VP at two different companies who are also clients, they both told me that a couple of their sales reps when asked about the work we had done with the team also said, “She didn’t really tell me anything that I didn’t already know.” Now I know something is up, and I’m wondering if it’s me? After pondering the comments, I came to this blinding flash of the obvious…

Knowledge without execution is useless!

These people know what to do, but by their own admission, they were not doing anything about it.

If you think that you already know what to do, ask yourself what good it will do to learn something “new” if you don’t put that new information into practical application either? You already know the answer. Nothing.

For any salesperson who thinks that they already know it all and still aren’t hitting sales targets, I’d like to suggest that you don’t need to learn anything new. You need to get off your backside and put what you know into action!

One thought on “Tell Me Something I Don’t Already Know” 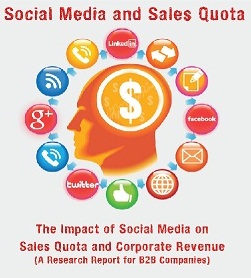