Customer experience and back-end service support have always been hot buttons for me. When you work your backside off to close sales deals, the last thing you want to find out is that a customer bailed because excellence in another part of the customer experience broke down. 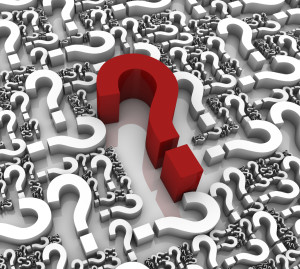 In the “old” model, you sold something and everything was fine – until it wasn’t. When something went awry, fingers crossed, your service team handled it. But waiting to react is not consistent with the world we now find ourselves doing business in.

Companies remain too internally focused. Most do not stop to consider what their policies feel like to the prospect or customer. Policies are almost always focused on what’s best for the company not for the people who will choose to interact and do business with them.

Twenty days ago, I wrote a post called Just Cancel My Account – Part 1 In the post, I shared my personal story of what happened when I decided to end my business relationship with Infusionsoft. I did my best to be professional in my post, but I was ticked off. You can read the original post to understand all the details, but I was not happy to be billed for another month when I believed I was canceling my account ahead of the billing cycle.

Monday, I was surprised to receive an email from a senior manager at Infusionsoft (I’ll name the company but not the individual) telling me that Infusionsoft was aware of the situation, apparently management had a conversation about it and had decided to refund my money. OK. Nice. Unexpected. Thank you. It shows that they are trying. I give them credit for that.

Read my correlating tale of Kick Butt Service delivered by Zappos when something went wrong. You’ll understand why Infusionsoft, well meaning as they may be, has work to do.

Stop Justifying…Get Outside Your Company Walls

I originally planned to post the entire email, but decided to pull key statements from it instead. Here is my reaction to the email.

1. I do appreciate the refund. Though to me it felt like 3-days into the cycle didn’t justify keeping my entire monthly fee, I now understand that the timing of “their systems” didn’t quite jive with my understanding of when billing actually happened. More importantly, and to be fair to Infusionsoft, I did agree to their terms and conditions when I initially became a customer.

The refund is a nice gesture and…

2. I received the email 18 days after I wrote my blog post. The post was circulated widely through Twitter, LinkedIn and by my blog followers but I’m hearing from someone 18 days later? Though I didn’t expect a response at all, the fact that this wasn’t picked up sooner is surprising. Are Infusionsoft folks not monitoring the net and social networks for mention of them? Or did they pick the post up within a day or so and then spent 2-weeks deliberating what to do?

3. My colleague, Jonathan Farrington would argue that Infusionsoft wouldn’t have done anything if I had not written a blog post that cast their company in a negative light. That’s probably true. The question is…should you wait until someone calls you out online before you decide to do something? I did ask the billing folks to refund my money given I was barely 3-days into the billing cycle. Aren’t their employees empowered to “do the right thing” immediately?

Then there is the justification…

4. Is the “justification” for Infusionsoft policies and their behind the scenes reasoning warranted when sending me the conciliatory email? Probably not. It always bugs me when a company (or person) says, “We value your feedback.” and then goes on to tell you all the reasons why they do what they do.

“We don’t have online cancellations for several reasons, one of which is we have customers that we talk with every day that needed extra help, or specific consulting that have actually stayed with us and been very successful in using the application.”

Perhaps Infusionsoft does have customers who don’t know the difference between contacting tech support for help and canceling their account. I don’t know. But I am still asking why I had to call, talk to someone, tell them what I wanted and why, and then be forced to wait for a call back from another employee to spend more time going over it again? The process needs to be revisited.

5. What are your thoughts about being asked to “remove” or “rewrite” your blog post, because a company now tries to do the right thing?

“I would also ask that you consider removing, or rewriting the post to share that while we might have been slow to do the right thing, we did strive to get there.”

Infusionsoft made an attempt, and I do give them credit for it. But no, I won’t remove my original post or rewrite history; the story happened as I told it. Thanks for the refund though.

In this FREE ebook, learn what not to do and how to improve sales messaging that generates better results.

Click the "add to cart" button and checkout to receive your complimentary copy!